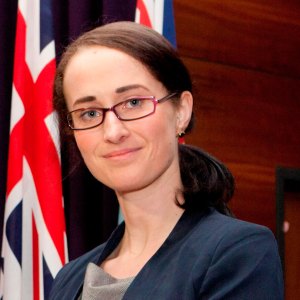 Dr Allison Sonneveld is a strategic policy officer in the Australian Government. She is an alumnus of the Australian Consortium for In-Country Indonesian Studies (ACICIS) and holds a PhD in International Relations from the University of Tasmania.

Her thesis, entitled Securing Transnational Oil: Energy Transit States in the Malacca Strait examined resource security issues in relation to the ways that Singapore, Indonesia and Malaysia have interacted to ensure the safety, security and environmental protection of the Malacca Strait.

Allison previously worked as a researcher in the Australian Army Headquarters, where she explored issues in modernisation, emerging technologies, and science and technology diplomacy in Southeast Asia. 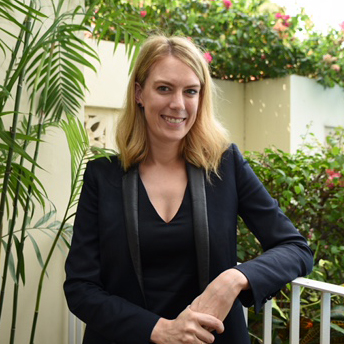 Annelise is a diplomat at the Australian Embassy in Jakarta. As Second Secretary (Economic), she leads Australia’s engagement on energy and resources issues, the sector with the largest amount of Australian investment in Indonesia. Annelise also manages Australia’s environmental governance program, which includes climate change policy and development assistance activities.

Prior to this Annelise served as Vice Consul at the Australian Consulate General in Noumea, and in various roles at the Department of Foreign Affairs and Trade (DFAT) in Canberra. Before joining DFAT, Annelise worked as a lawyer in the prosecution for the United Nations Khmer Rouge Tribunal in Phnom Penh. Annelise has a Bachelor of Arts (Distinction) and a Bachelor of Laws (Hons I) from the University of Sydney.

Annelise will never get tired of eating tempe or exploring the archipelago – she has already been lucky enough to travel from Sabang to Jayapura. Annelise thinks the depth, strength and resilience of the bilateral relationship over the years is often overlooked, as well as the fact that Indonesians and Australians have far more in common than that which divides them. 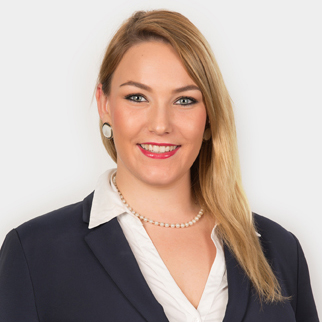 She has a passion for building links between Australia and ASEAN through increasing regional trade and standardising cross-border regulation. Candice has worked in the Malaysia and Singapore offices of Baker & McKenzie and interned in a Malaysian law firm during her studies, where she conducted legal translating from Malay to English. She holds a first class honours degree in Law from Monash University and a Bachelor of Arts majoring in Spanish and Indonesian.

She was a Finalist and recipient of Honourable Mention for the Neil Kaplan Award for Best Advocate at the Wilhelm C Vis East International Commercial Arbitration Moot in Hong Kong and is an ACICIS alumna. 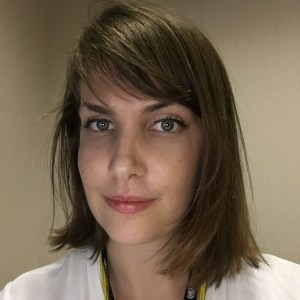 Celia is a project manager who has most recently been consulting with the International Organization for Migration in Jakarta. Her current project is on security sector reform in Papua and Maluku, supporting the implementation of community policing in community engagement strategies. She also manages projects focusing on disaster risk reduction and organizational capacity building in Aceh. Since May 2015, Celia has been based in Bandung and Jakarta, whilst travelling throughout the Indonesian archipelago. She has a Masters of International Security from the University of Sydney, with a major in Indonesian politics.

Whilst living in Bandung and learning Bahasa Indonesian at the Universitas Pendidikan Indonesia, she wrote a thesis on Political Islam’s impact on Pancasila and spearheaded the establishment of the Australian Indonesian Youth Association Jawa Barat Chapter. Previous to her current role, Celia worked with the Australian Red Cross Migration Support Program assisting asylum seekers undergoing the visa determination process. 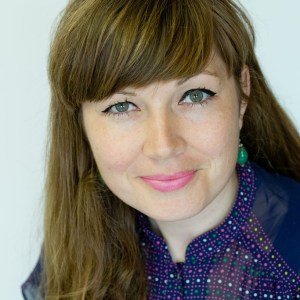 Clare has been passionate about the Australia-Indonesia relationship for over 20 years. For the past eight years, she has held positions in the development aid sector, including in Jakarta from 2011 – 2012, as AusAID’s Senior Public Affairs Officer, and in London from 2013 – 2015 as the Overseas Development Institute’s (ODI) Media Manager. She currently holds the position of Plan International Australia’s Media Relations Manager.

Clare has an MA in global media and post-national communication from SOAS in London; her dissertation researched the role of Twitter in the 2014 Indonesian presidential election. Through attending CAUSINDY 2016, she hopes to increase her understanding and knowledge of the bilateral relationship and development aid challenges. She also hopes to gain further understanding about how the Indonesian media operates and build on her pool of future leaders who can become media spokespeople. 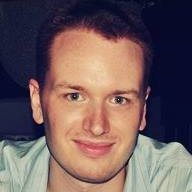 He has visited Indonesian ten times for work, study and pleasure since beginning his PhD studies in 2013. David studied Indonesian language for a semester at Universitas Gadjah Mada in 2014, conducted research at Universitas Pembangunan Nasional “Veteran” in 2015-6 and completed an internship at the Australian Embassy, Jakarta in August of this year. 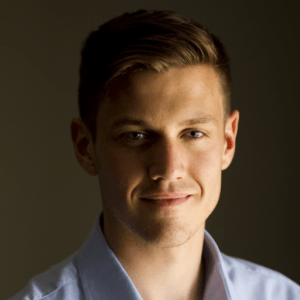 Henry is a young walkley nominated Australian journalist working for the Canberra Times and Fairfax Media. He has a masters degree in global media from The University of Melbourne and is a former ACICIS delegate posted to The Jakarta Post in 2013. He has continued to cover Indonesian affairs and hopes to improve understanding of the nation in Australian newsroom, which can rely on outdated stereotypes and scandal. 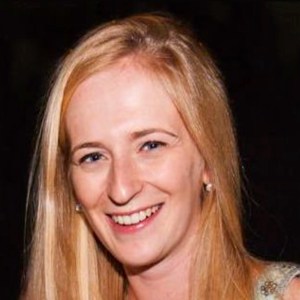 Iona has had opinion pieces on Australia-Indonesia relations published in The Australian and tbhe Jakarta Post newspapers, and was a runner-up in the inaugural National Australia Indonesia Language Awards (NAILA) in 2015. She also volunteers with the Nusa Tenggara Association, an NGO committed to improving the livelihoods of people in Eastern Indonesia.

Iona’s greatest achievement to date is having her picture on the side of a bus in Yogyakarta. 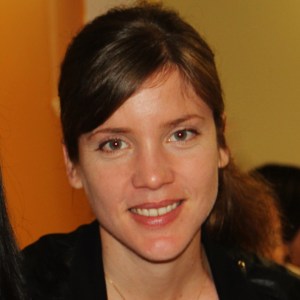 Jane pursues a passion for the arts and sees it as a major source of empowerment as well as a channel for connecting with others. Jane specialises in the art of Balinese dance, teaching and performing it in Australia. Her school, Sanggar Tari Anahata is based on a philosophy of dancing ‘from the heart’ in which dancing is seen as a deeply personal, yet very social process. Aside from living and breathing dance, Jane is pursuing her PhD in Indonesian Studies at the University of Queensland, focusing on Indonesian women’s political representation in the democratic era. Jane sees women’s representation as an essential element of a democratic society, in both Indonesia and Australia. 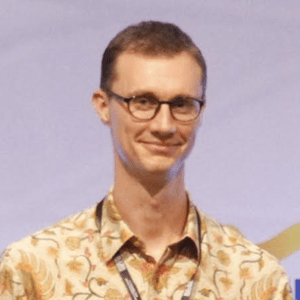 John is an economist and policy adviser with a long association with Indonesia. He first moved to Indonesia as a child in the early 1990s, and is now in his third stint having spent around 10 years living in Jakarta.

John’s career has mainly been focused on the interface between the public and private sector in the delivery of public services; especially infrastructure. He has worked on these issues throughout South East Asia, Australia, and New Zealand.

John is currently a Senior Infrastructure Policy Adviser to the Indonesian government under the Australia Indonesia Partnership for Economic Governance. Prior to this, John has split his career between private advisory, investment banking, and work for multilateral and bilateral donor agencies.

John speaks fluent Indonesian, and in 2015 was the Executive Awardee for the National Australia Indonesia Language Awards.

In his private life, John is passionate about Indonesian arts and culture (especially music), and runs a blog called Nusantara Economics. 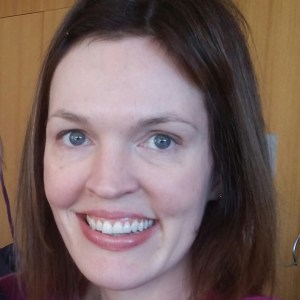 Miriam Carter had the privilege of growing up in Indonesia, spending more than a decade living in Bandung and Jakarta. This instilled in her a deep and abiding interest in and love for the country, which informed her subsequent tertiary studies and career path.

Miri is currently an Executive Officer at the Department of Foreign Affairs and Trade, working on global health issues. Previously, Miri worked for World Vision Australia, AusAID and the World Health Organization and was posted in Indonesia, Timor-Leste and Switzerland.

An international development professional, highlights of Miri’s career to date include being deployed on humanitarian response operations in Indonesia; managing health, education, youth employment and disabilities programs in Timor-Leste; promoting aid effectiveness principles as a part of a joint WHO-World Bank team based in Geneva; leading DFAT’s Ebola response Taskforce; and acting as Departmental Liaison Officer and Development Adviser in the office of the Foreign Minister, the Hon Julie Bishop MP. 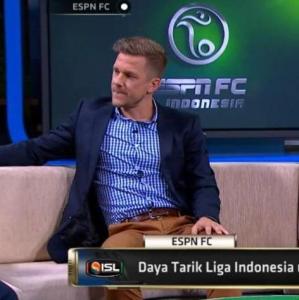 Former professional footballer and I am now currently studying a Bachelor of Accounting and Indonesian at Murdoch University in Western Australia. Robbie is Professional Footballers’ Australia Player Development Manager for Perth Glory, and a consultant to FIFPro Asia. Robbie sits on the committee of the Western Australian branch of the Australia-Indonesia Business Council (AIBC). He is extremely passionate about Indonesia-Australia relations. 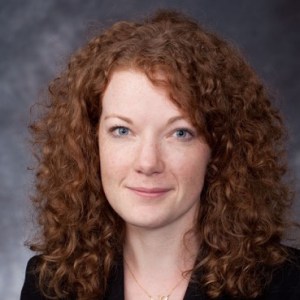 Sarah Russell-Farnham is the Director North East Asia in the Australian Department of Defence’s International Policy Division. Prior to commencing her current position in June, Sarah played a lead role in managing Australia’s defence relationship with Indonesia, providing advice to the Australian Government and senior defence officials on engagement opportunities and policy objectives; progressing engagement initiatives; and overseeing delivery of Australia’s Defence Cooperation Program with Indonesia.

Sarah has worked across a range of policy areas since joining Defence in 2007, implementing Australia’s strategic and defence policy with a focus on Indonesia, the United States, Afghanistan and NATO. In 2012 Sarah deployed as Policy Adviser to the Australian National Military Headquarters in Kabul, Afghanistan.

Sarah holds a Master of Arts (Strategic Studies) and a Bachelor of Arts (International Relations) from the Australian National University. In 2008, Sarah participated in the Australia-Indonesia Youth Exchange Program, spending several months in East Java, Indonesia. 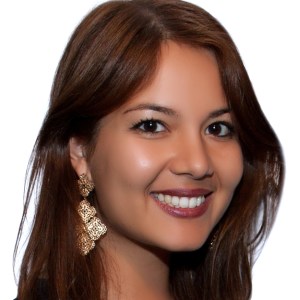 Stephanie is an Indonesian-Australian freelance consultant at Vennture, working on a range of ecosystem building initiatives in Southeast Asia for purpose-driven startups and organisations. She is the curator of the first ASEAN Conference on Social Entrepreneurship in 2016, focused on collaboration between countries and sectors and is currently leading International Partnerships for UnLtd Indonesia – an incubator supporting early-stage social enterprises in the country.

Graduating from University of Western Australia with a background in public health, anthropology, policy & advocacy, she is passionate about enabling an environment where social entrepreneurs can be catalyst for social change and development. As a global citizen and ‘third culture kid’, Stephanie was born in Indonesia and raised in Australia but happiest with her backpack on, exploring new places and turning strangers into friends. Her experiences have taken her to work, study and live in over 35 countries, including Cambodia, Denmark, Guatemala and the USA. 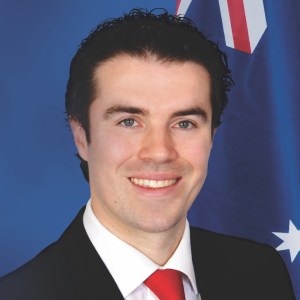 Tim Watts is the Federal Labor Member of Parliament for Gellibrand.

Prior to being elected in September 2013, Tim was a Senior Manager at Telstra. He was also a corporate lawyer at Mallesons Stephen Jaques, Senior Advisor to former Victorian Premier John Brumby and Deputy Chief of Staff to Senator Stephen Conroy. He has a Bachelor of Laws (Hons) from Bond University, Master of Public Policy from Monash University and Master of Politics and Communication from the London School of Economics.

In 2015, Tim co-authored a book with Clare O’Neil MP, titled Two Futures: Australia at a Critical Moment which takes the long term view to policy-making and outlines creative ideas for tackling the policy challenges facing Australia over the next 20 years.

He lives in Footscray with his wife and two children.