The Northern Territory is dynamic and progressive yet it retains a friendly relaxed pace that has made it such a popular destination for visitors and a great place to live. The population is the nation’s youngest, at a median age of just 31.3 years, but also the smallest with just over 235 000 people living and working in this vast expanse of land. Northern Territorians are typically vibrant, happy, outdoor-loving people who know how to enjoy life.

Throughout the Northern Territory Indigenous people, represent a quarter of the population and have a strong influence on the region’s culture.

The Northern Territory is over 1.42 million square kilometres in size and represents one fifth of Australia’s total land mass with climatic zones ranging from monsoonal tropics across the ‘Top End’ to the arid red-ochre deserts of Central Australia including the Tanami, Great Sandy and Simpson Deserts.

The Northern Territory’s vibrant economic growth and a raft of multi-million and multi-billion dollar developments position the region as one of Australia’s fastest-growing, with a prosperous future.

UTS:INSEARCH is the pathway to the University of Technology Sydney (UTS). It offers Academic English courses, a pre-university UTS Foundation Studies program (on behalf of UTS), and higher education programs in business, communication, design, architecture, engineering, IT and science. After completing a UTS:INSEARCH diploma, depending on the course chosen, students can fast track into the second year of a bachelor degree at UTS.

UTS:INSEARCH has long standing ties with Indonesia and the Asia-Pacific region. UTS:INSEARCH has partnered with the Kompas Gramedia to establish a series of English language centres, with UTS:INSEARCH – GRAMEDIA English Centres offering the world-leading UTS:INSEARCH Academic English curriculum to students in Jakarta. 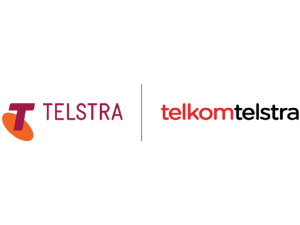 Telkomtelstra is an end-to-end managed solutions provider committed to empowering enterprises in Indonesia. We aim to solve our customers’ business challenges, by helping them to optimise, grow and transform their businesses through our managed ICT solutions.

The Australia-Indonesia Institute, or AII, provides a focus for the collection, exchange and dissemination of information in relation to the ways in which relations between Australia and Indonesia could be encouraged, strengthened and developed. Established in 1989, the AII works within the Department of Foreign Affairs and Trade to make recommendations about the broadening of Australia’s knowledge and experience of Indonesia through cultural, sports, and exchange programs in both countries.

The Australian Embassy Jakarta is expanding its engagement with Australian alumni who have returned to Indonesia, including those that have self-funded their study. 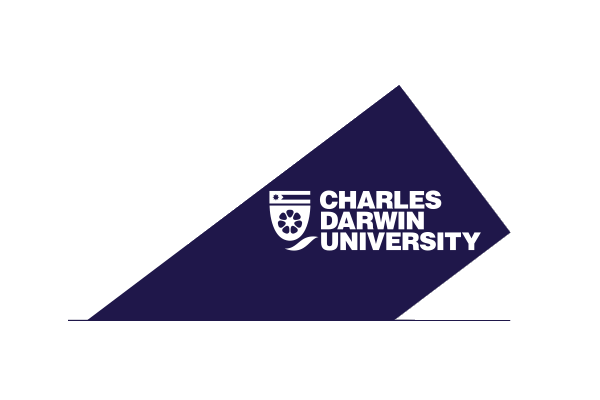 Charles Darwin University is a new world university; committed to bringing people together to use knowledge to shape the future. It’s a place where everyone can follow their passion to make things better – however big or small.

The University’s main campus is located in Australia’s most northern capital city of Darwin; a young, multicultural and cosmopolitan tropical city that sits on the rim of South-East Asia. As the only university in the Northern Territory, CDU is uniquely placed to provide education, training and research expertise to match the growing focus on Australia’s north.

CDU has grown from local community origins during the past 50 years to become an internationally renowned dual sector university that caters for students across the Northern Territory, Australia and the world. Today CDU has more than 24,000 students spread across 11 campuses and centres in the Northern Territory, as well as in Melbourne, Sydney and online.

CDU is ranked in the top 2% of universities worldwide (Times Higher Education rankings 2015-2016) and is a recognised leader in graduate employment and graduate salaries (Good Universities Guide 2016).

UNSW Australia is one of the country’s leading research and teaching universities. Established in 1949, it is ranked among the top 50 universities in the world, renowned for the quality of its graduates and its world class research.

UNSW is a founding member of the Group of Eight, a coalition of Australia’s leading research-intensive universities, and of the prestigious international network Universitas 21. With more than 50,000 students from over 120 countries, it is one of Australia’s most cosmopolitan universities.

The main UNSW campus is located on a 38-hectare site at Kensington, seven kilometres from the centre of Sydney. Other major campuses are the Art & Design campus in the Sydney suburb of Paddington and UNSW Canberra at the Australia Defence Force Academy.

Corrs Chambers Westgarth is an independent, client driven legal partnership. Corrs is the most globally connected law firm based in Australia with pioneering partnering networks in Asia–Pacific and globally. They are recognised as a leader in the market for the quality of their advice and commercial outcomes achieved for clients. Corrs has a strong history spanning more than 175 years but is firmly focussed on creating opportunities for our clients in the rapidly changing business landscape of today and tomorrow. Corrs is led by Chief Executive Officer, John W.H. Denton AO and Chairman, Stephen Price.

Established in 1946, The Australian National University is one of Australia’s leading research and teaching universities.

The ANU College of Asia and the Pacific houses a remarkable assembly of scholars and resources devoted to the study of Australia’s neighbourhood. Dedicated to outstanding research and education, the College is a centre for Australia’s intellectual engagement and scholarly dialogue with the societies, worlds of thought, economies and cultures of Asia and the Pacific, including Indonesia.

Through the Indonesia Project, it analyses recent economic developments in Indonesia; informs Australian governments, business, and the wider community about those developments; and stimulates research on Indonesia. The College teaches Indonesian culture, history and language through the Island Southeast Asia Centre, which also gives students in-country experience in Indonesia through the year in Asia program. PwC is one of the world’s leading professional services firms, bringing the power of a global network of firms to help businesses, not-for-profit organisations and governments assess their performance and improve the way they work. PwC employs more than 6,000 people in Australia, and employs 208,000 people globally across 157 countries, including Indonesia.

The University of Melbourne

Established in 1853, the University of Melbourne is a public-spirited institution that makes distinctive contributions to society in research, learning and teaching and engagement. The university is consistently ranked among the leading universities in the world, with international rankings of world universities placing it as number 1 in Australia and number 28 in the world (Times Higher Education World University Rankings 2012-2013). It is home to the Melbourne School of Government, designed to inspire and equip individuals to make a difference on a global scale, and the Centre for Indonesian Law, Islam and Society, a global centre of excellence for research on Indonesian law, governance and legal culture.

The University is also home to some of Australia’s leading outreach education bodies, including Asialink and the Australia India Institute, which actively promote links between countries and enhance cross-cultural understanding through seminars, exhibitions, short-courses, international internships and leadership programs.

The Conversation is an independent source of news and views, sourced from the academic and research community and delivered direct to the public. Its professional editors work with university, CSIRO and research institute experts to unlock their knowledge for use by the wider public. Access to independent, high-quality, authenticated, explanatory journalism underpins a functioning democracy. The aim of The Conversation is to allow for better understanding of current affairs and complex issues. And hopefully allow for a better quality of public discourse and conversations. The Australian Consortium for In-Country Indonesian Studies (ACICIS) is a non-profit national education consortium charged with developing and co-ordinating high quality, semester long study programs for Australian students at Indonesian partner universities. Since its foundation in 1994, ACICIS has sent over 2,000 participants to universities around Indonesia, including Universitas Gadjah Mada in Yogyakarta, Universitas Katolik Atma Jaya in Jakarta, and Universitas Parahyangan in Bandung. With the launch of the Australian Government’s ‘New Colombo Plan‘ initiative in 2014, ACICIS has expanded its program offerings into business, design, public health and agriculture, and welcomes students on both semester-long and short course study programs across Indonesia. 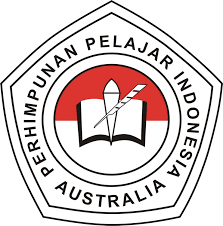 PPIA, one of the biggest Indonesian students associations in the world, was established in Canberra in 1981. It supports Indonesian students in Australia by  offering a platform to expand their skills and improve their competencies while staying true to their Indonesian identity.

Asialink Business, Australia’s National Centre for Asia Capability, is a nation-wide initiative supported by the Commonwealth Government (Department of Industry, Innovation and Science) to assist Australian organisations to develop the capabilities needed to maximize business opportunities with Asia. Grounded in extensive market research, Asialink Business’ training programs, research, events and advocacy enable businesses to forge ahead with confidence to enter and grow in Asia. GoLive Indonesia was officially launched on 25 July 2011 to promote discussion on economic integration issues in Indonesia. The University of Adelaide-based project was prompted by the interest of the former Trade Minister of Indonesia, Prof Mari Elka Pangestu, Prof Christopher Findlay and David Parsons. Recognising the need for discussions on a wide range of topics and observing potential inter-disciplinary work among its members, GoLive Indonesia now organises regulardiscussions on diverse topics in the areas of education, culture,environment, science, governance, and politics.

Since 2014, GoLive Indonesia’s annual event, the Indonesia Research Day, has continued to serve as one of the primaryIndonesia-focused events in South Australia providing an excellent platform for young Indonesian researchers, students and business communities and those who are interested in Indonesian current issues to gain insights into current development challenges and policy discussions in Indonesia as well identify ways to enhance the bilateral relationship between Indonesia and Australia.

The Australia‐Indonesia Youth Association is a non‐government, youth-led organisation which aims to better connect young Indonesians and Australians to each other and to Indonesia‐related opportunities.

AIYA has active chapters in every Australian state and territory, as well as Jakarta, Jawa Barat, Yogyakarta and Nusa Tenggara Timur. At a national level, AIYA is governed by an executive committee of early career professionals.